They may not want to, but when nurses on P.E.I. get asked to work on their days off or to stay late, they often do.

“It’s our own personal guilt sometimes, where we feel if we don’t come in, there’ll be no one to help out,” said Barbara Brookins, president of the P.E.I. Nurses Union.

“So we pick up, and agree to pick up more than we should.”

In fact, according to Statistics Canada, a higher percentage of nurses worked overtime on P.E.I. than in any other province in Canada in July.

Thirty-three per cent of P.E.I. nurses — one in three — worked overtime during the reference week for Statistics Canada’s labour force survey, which was released on Friday. Nationally, 25 per cent, or one in four, worked overtime.

On average, P.E.I. nurses worked 2.5 hours of overtime in the reference week, which was not the highest in the country. Nurses worked longer hours, on average, in B.C. (3.3 hours) and Quebec (2.9 hours).

Nationally, nurses worked an average of 2.3 hours of overtime.

Brookins said specialty areas such as the emergency room, intensive care, and labour and delivery see a much higher proportion of nurses have been working much more overtime — often an extra 12-hour shift a week.

“When you’re picking up the overtime, you know when you come, chances are they’re still going to be running one to two people short, in an area. So that means you’ve got a higher level of workload. You need your days off to recharge. And when you can’t get them, or they’re calling you non-stop when you’re off, it’s mentally draining, and physically draining.” 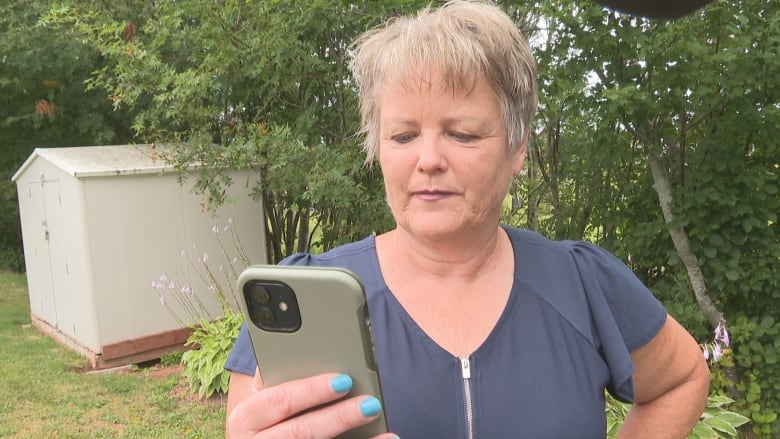 Barbra Brookins, president of the P.E.I. Nurses’ Union, says nurses answer the call for overtime more than they should. (Steve Bruce/CBC)

COVID-19 absences and summer vacations are part of the issue, Brookins said, but the major problem is the lack of registered nurses. According to the union, in the last year, the percentage of unfilled jobs has grown from 18 per cent to as high as 25 per cent

More action is needed from the provincial and federal governments to recognize and retain nurses, she said.

“Nurses can’t continue holding up the system. They can’t. And I mean, it’s not just registered nurses. It’s all health-care providers. There’s not enough action. There’s not enough movement within Health P.E.I. to address these issues. And right now, it’s RNs and the other health-care providers that are holding the system together, but they’re not the ones making the decisions.”

Last week, the Newfoundland and Labrador government announced new incentives for nurses, including retention bonuses to work at least another year, and signing bonuses for casual nurses who take on full- or part-time jobs in areas of health care most in need.

In an email to CBC, Health P.E.I. said it has a lot of work happening at the senior level and it is looking at ways to stabilize the workforce.

It said it is looking at incentives and overall ways to better structure the organization’s operations in view of staffing challenges, but could give no further details.